I once had an empty garage bay. That was the most boring 15 minutes of my life.

In anticipation of another load of parts, I’d been making room in my incoming work area. What I ended up with was not what I was originally expecting, which was another run of Porsche 914 parts.  (That’s still on my agenda, by the way)

A friend of ours wanted to consign some 1999 Chevy Blazer 4 Door parts. We got a few boxes of mirrors, lights, interior switches, some 4.3L engine parts, and all of the glass from the vehicle except for the windshield. Everything appears to be in really nice shape, and I’m still working my way through the items. We even have our own store category for it.

Around this same time, we found a great deal on a 1995 Honda Civic plus an extra set of wheels. We were mainly interested in the wheels, as a friend of ours who is selling a Civic wanted the upgraded set. The car runs nicely, although it has some shifting issues at the moment. It does a really nice job of going forward….The rest, not so much. I’ll take the fact that I was able to drive it into the garage as a plus. This is my next project. 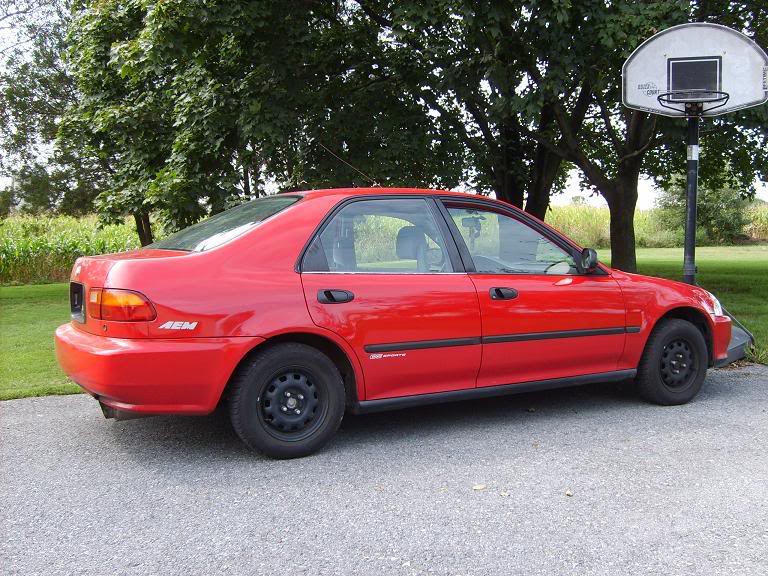 A stock image of a 5th generation Honda Civic sedan.

Can you believe I used to have one just like this? This was before I had a business, a family, and animals. Somehow I don’t think I’d be too comfortable with a husband, an array of large packages, 4 goats, and a crate full of chickens in this.

Speaking of goats, I did mention an obligatory goat picture, didn’t I? Our friends have baby goats, including this cutie pie, Munchkin. 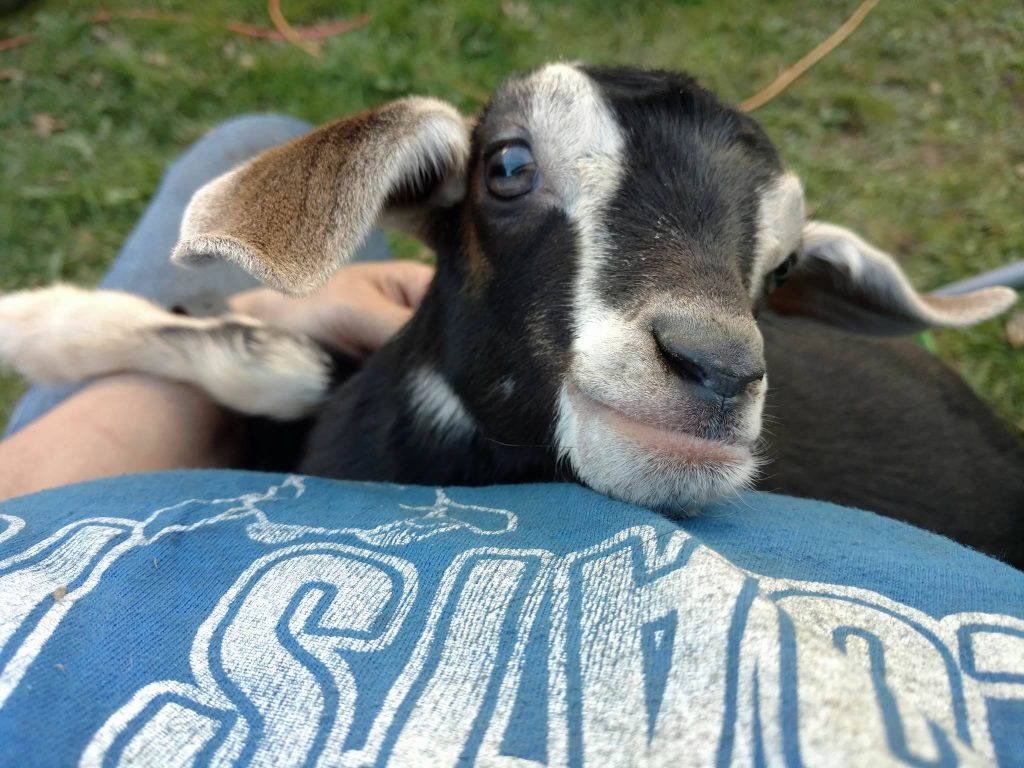 In the “odd looking sports cars” category, there is a 2000 Toyota 4Runner sitting in my garage to be parted out. It was wrecked in the front end, and has some dings in the rear, but I’m feeling very thankful that it was driveable enough to drive onto the trailer and then into the shop. It’s originally a South Carolina vehicle with very little rust. Desert Dune Pearl with oak cloth interior. Power windows, locks, sunroof, everything. The interior is in great shape.

We picked this up yesterday. After going through and testing all of the electrical items, I took a brief video of it running. I’m in the very beginning stages of tearing this down.

Did I mention that it has very little rust? I’m excited! Tear-down will likely go very quickly.

eBay’s Hassle Free Returns (And why we use it)

Over the past few months, I’ve been converting our listings to use the relatively new eBay Hassle Free returns process. The process is virtually automated, with clearly defined choices and policies. Sellers can choose their own automation rules to simplify the process for buyers. Return shipping is tracked, and payment for return shipping depends on the reason for the return. By the end of this year, eBay’s Hassle Free Returns should be the de facto returns process. Click here for more: http://pages.ebay.com/buy/hasslefreereturns/

Hassle free returns are available for domestic shipping for most items and allows for protection for both seller and buyer. For our items, a restocking fee may or may not apply, depending on the reason for return. Returns to us must be initiated within 14 calendar days of receipt. Because most of our items are distinct from one another, a refund is our usual method of honoring those returns. It’s helpful to us to have a tracked return process, where every step is recorded, plus I have some lead time to locate an exchange, if needed.

Unfortunately, with every process meant to help, there are a minority of people who abuse it. It can take some time to identify one of them, but after selling on eBay for several years, spotting them has become easier. We’ve contacted eBay on occasion to step in when dealing with an uncooperative customer. Problems we’ve encountered include people indicating a reason for return other than what is actually intended in order to avoid the restocking fee, people outright refusing to use the returns process, and claiming an item was damaged in shipping when it was not.

The eBay Hassle Free returns process is relatively new, but gaining traction. We are learning alongside buyers and are adapting as needed as we grow the business. 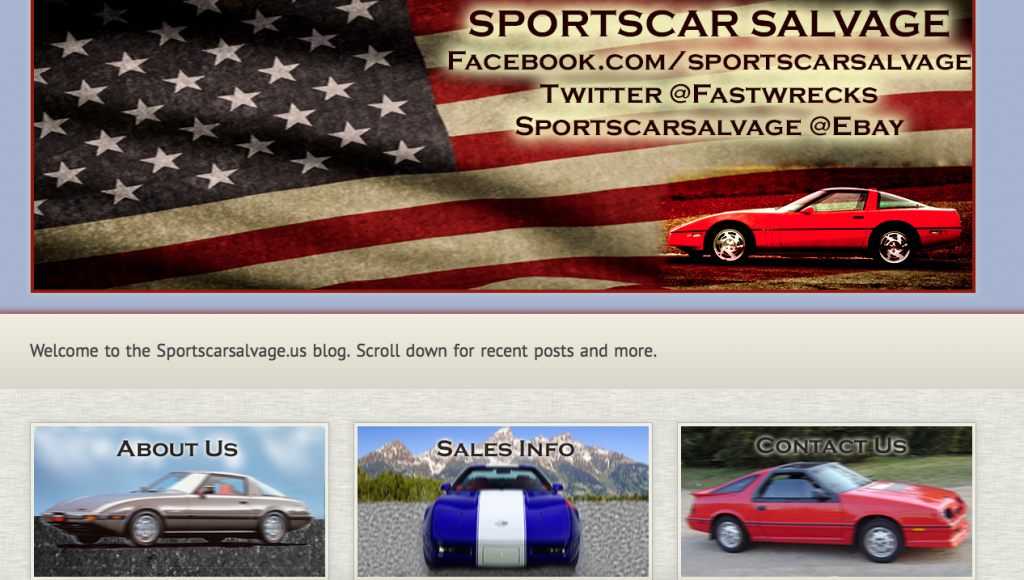 Let There Be Light(s)

Thanks to a couple of friends (one who we got building materials from, the other who helped build shelves out of it) I’ve managed to get two pallets of side view mirrors organized, plus a truckload of boxes. I should add that I feel about as much joy and excitement about acquiring boxes as my cats do! *PURR* It’s also nice to have the middle garage bay free again so that I can pull the truck in if needed. (Well, mostly…does anybody need a Jeep engine or transmission? LOL)

I accomplished this feat in time to start getting in more assorted car parts. Right now I’m working on listing different kinds of headlights, tail lights, marker lights, and fog lights. I should be getting some more of those in later this week, plus some other items. The best part is that these have all been tested good before being delivered.

We primarily buy and sell on eBay, but did you know that we have our listings on JustParts.com as well? Click the link to view our inventory there. This is a relatively new interface for us. Our JustParts listings refresh several times a week from our eBay inventory. Sign up for email alerts when new items become available.

1996 Jeep Cherokee and Through the Looking Glass

Just when I got my garage mostly clean…. 🙂

I have a friend who gave me a gift that keeps on giving. Specifically, two Gaylord boxes full of car mirrors. What in the world am I going to do with a half ton of mirrors? List them on eBay, of course. He works with an automotive dismantler who deals with large parts (engines, transmissions, doors, etc.) so the smaller items, like the side view mirrors, are sold in bulk for scrap price. One man’s trash, and all that….So I list them and we split the money for them. While I usually offer free shipping, for accounting purposes, charging actual cost for shipping makes keeping track of everything much easier.

I wasn’t exaggerating about a half ton of mirrors, either. I’ve been steadily listing these. Every mirror has been tested good before being delivered to us.

In the midst of taming the mirror beast, I acquired a 1996 Jeep Cherokee. It’s a Texas vehicle, with relatively little rust. Not to be confused with the Corvette we bought in Texas that ended up being a Michigan car. Anyway, I started parting it out a few days ago. Items will be listed for sale as they come off and are evaluated for condition.

Keep an eye on our eBay store over the next days and weeks to see what we add.

September 13, 2014 | Posted in Uncategorized | By fastwrecks

We parted out a 2004 Jeep Grand Cherokee. It was our daily driver, so we know it’s been well maintained. Rather than trading it in and losing money, we determined that it was worth more as parts. So, doing what I do best, this Jeep will help finance our recent truck buy. It’s a Ford F250 and is much more suitable to our business needs (hauling large loads, towing, etc.) than the Jeep was.

Many of the parts are still available. They are listed locally and in our eBay store.
As always, local pickup is available by appointment – just give us a day’s notice. We can be available almost any time.

A new arrival in the garage!

It doesn’t look quite like the picture, however 🙂 This Daytona came to us already mostly parted out. Before we got it, it was initially intended to be a project vehicle.

As far as teardowns go, it’s a real gem! It’s not wrecked, burned, or rusted out. The engine and transmission were both running when removed. Aside from being in pieces parts, it’s a nearly complete vehicle.

However, before dear husband decides to turn this into another project of his and gets evil ideas, I’ll be listing the parts on eBay. We have a new store category here: 1987 Dodge Daytona Shelby Z

We’ll be listing more and more parts over the next several days. I have extra motivation from yet *another* delivery being expected by the end of the week (Yay! But I must make room!) so keep an eye out. 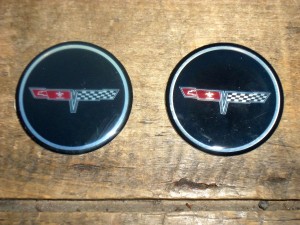 A very Merry Christmas is upon us!

All of us from Sportscarsalvage.us would like to wish everyone a joyous holiday season. I am coming up on my first anniversary as well 🙂

Our latest project is tearing down a rather odd-looking sports car. Specifically, it’s a 2000 Jeep Grand Cherokee Laredo. 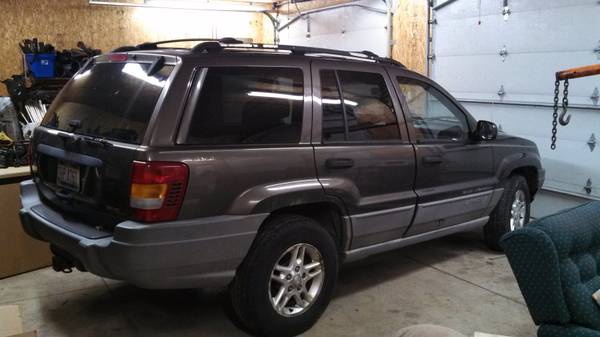 It came to us due to a blown motor. While it looked like this picture a week or so ago, it’s almost completely torn down now.

The parts are being listed in our eBay Motors store slowly but surely. The front and rear suspension has already been claimed, plus the transmission is being prepared for a sale. Other than that, as of this posting, everything else is up for grabs. Hood, seats, seat belts, dashboard, bumpers…it’s all here.

Visit our online storefront over the holidays and check back for periodic sales!