OK…So we’ve relisted the RX-7 that has been featured in this blog before – it’s on eBay for only a few more hours.

We also have a YouTube video of us driving this car all over the parking lot.

Earlier this week, we picked up a 1985 Pontiac Fiero. Pictures forthcoming after doing a little work on it. I’m currently going over this with rubbing compound to see what I can do with this paint. After installing the fuel pump we bought, and maybe another battery, we’ll try it again. Who knows, it might just start up! It was something that the previous owner had moved away from, plus it was taking up room in his driveway, so we found this match made in heaven on Craigslist.

The 1985 RX-7 had some carburetor issues, so we had it rebuilt (Thanks, Ron!) and are now working with the car now that it actually starts. Here’s hoping that a few small hose clamps will resolve the vacuum leaks and get things on the right track. EDIT: We got all of the vacuum leaks sorted out and it runs much better now.

I located a great deal on another Mazda RX-7, plus assorted spare parts, thinking, “This will be a great car to part out.” 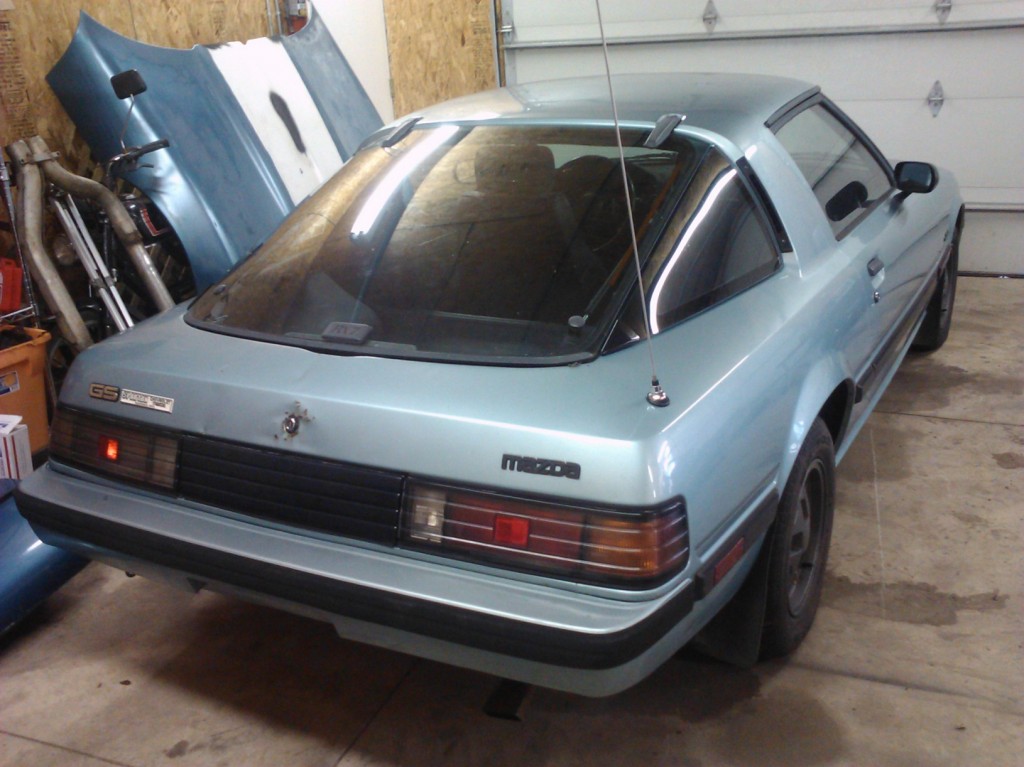 What we found is that the interior and exterior are in great shape, and it kinda-sorta-almost runs. Who knows, maybe a full tank of gas will do the trick…? So – who knows. It came with an extra engine, engine + transmission, a rear end, and a few boxes of spare parts. We’ve been tossing around the idea of a hot rod project with some of these extra parts. 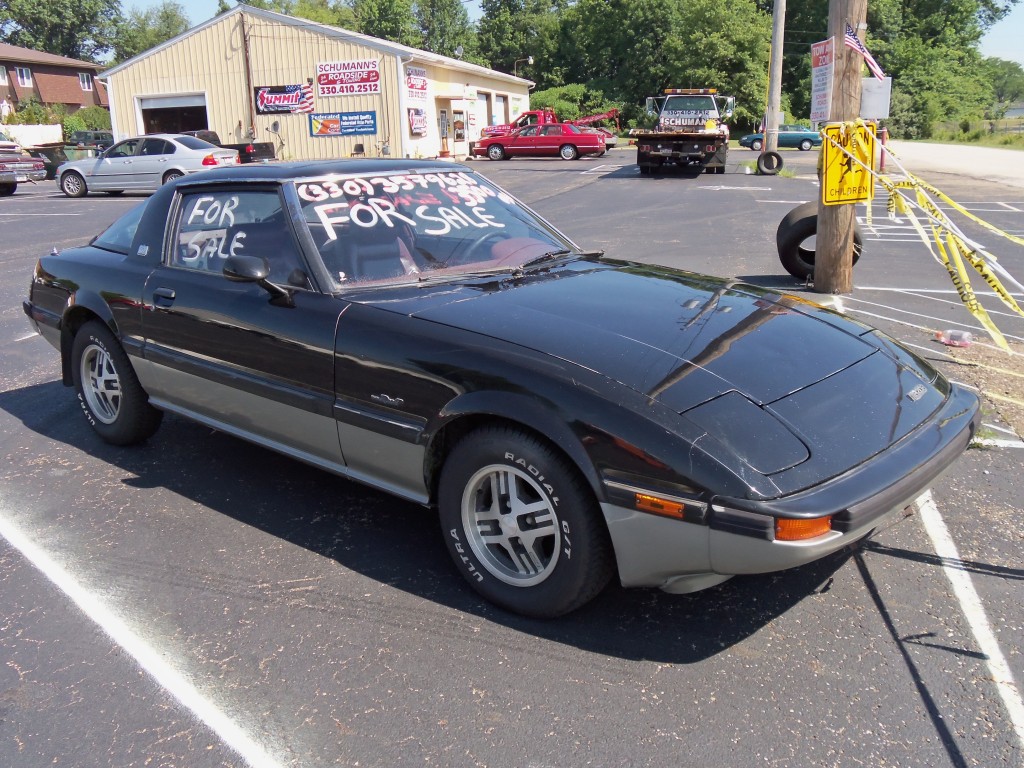 We found this car after it had spent 10 years in storage earlier this year. It was in relatively good shape, and we had several improvements made to it. Although we had purchased the car to part out, it was in too nice a shape for that! This car will make an excellent candidate for a full restoration.

We are having a sale!

It’s the weekend, so that’s as good a time as any to have a sale, right? Check out our Sports Car Salvage eBay store to find featured C4 & C5 Corvette items, 1990 Mazda Miata items, and more. Side note: We do offer combined shipping and local pickup for most items – all you have to do is ask 🙂 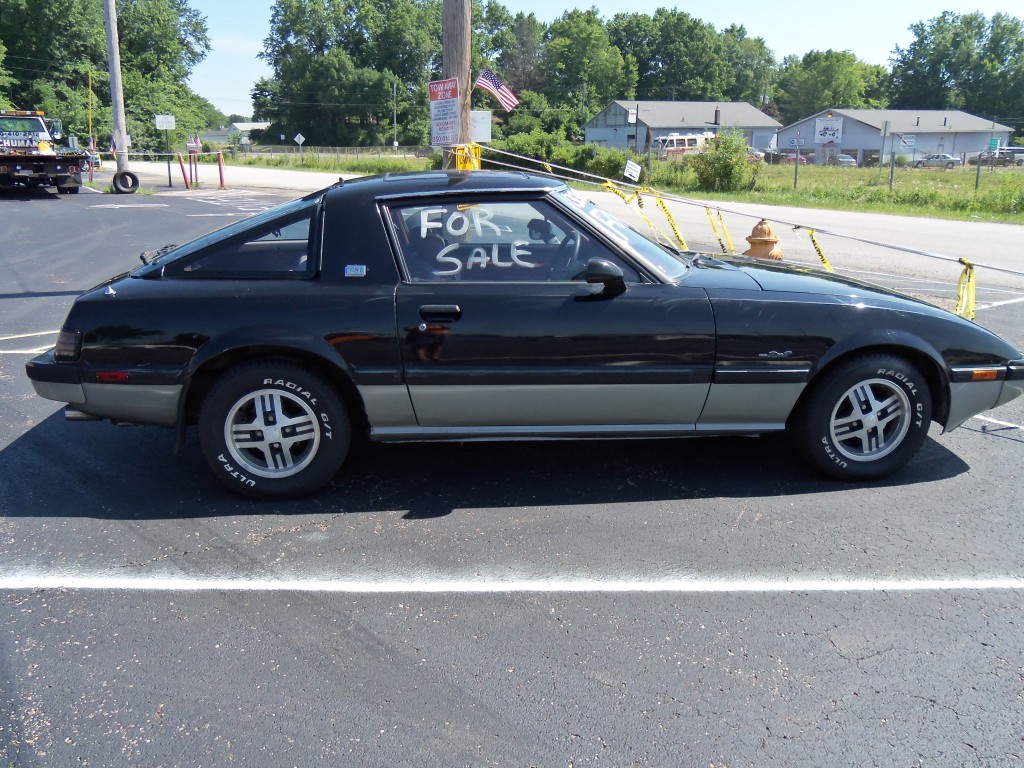 You can view our Craigslist ad here. It’s had some paint work done, plus a rebuilt carburetor and new gas tank. It runs and drives very well, and is an all-around good find. Thanks to the guys at Schumann’s Roadside and Towing for the awesome job.

Can’t wait to get back to work after this week-long heat wave!

Aaah, yes. We picked up a 1982 Mazda RX7 back in February and then picked up a gas tank for it, among other things throughout the spring. After some painting and a rebuilt carburetor (special thanks to Mark for that one!) it runs! Pictures are forthcoming once the paint is dry, but it is now for sale. Excited! Now, somebody buy it before I decide to keep it for myself. 🙂

Corvettes, Miatas, and Jeeps, oh my!

So…We finally got the Miata torn apart. Better late than never, I guess – but it was so much fun to ZOOM ZOOM around the parking lot in!

1990 Mazda Miata Cold Start – Our YouTube video of starting the Miata. The engine/transmission are both for sale on eBay @sportscarsalvage.

The ’87 Corvette is nearly torn down. Most of those parts are featured on eBay, with more to come. The engine, transmission, driveshaft, exhaust, and about 50 more miles of wiring harness still need to come out 🙂 Once that’s wrapped up, we have a very unusual sports car waiting for us in the garage….a 1990 Jeep! (Hey, Enzo Ferrari thinks it’s America’s one real sports car, so it counts, right?)

We like car shows, and have been frequenting the Saturday night cruise-ins at Schumann’s Roadside and Towing in Ravenna, along with donating a wide variety of door prizes! Anything from LED work lights to socket sets and Chuck Norris posters….yes, you read that right, Chuck Norris. I channel him when dealing with C4 Corvettes, but I think even he would be challenged by one 🙂

We’re down to 3 parts to remove from the 1990 Miata (Engine/Transmisison, wiring harness and seat belts.)  This means it’s time for the 1987 Chevrolet C4 Corvette to be torn down, which has begun.  We’re starting to put the parts on our eBay store and are going to get this torn down a wee bit faster than previous cars.  Lots of good parts on this, including the bonnet and hard-to-find passenger right front items.  We’ll also be selling the complete suspension and frame with a title and VIN tag for those looking for a project platform!

We’ve also hit 100 Facebook friends this week, which makes us happy!  If you all would be so kind as to spread the work it’ll spread like the old shampoo commercials!

Thanks for your support, folks!

So, this past week has been extremely productive. 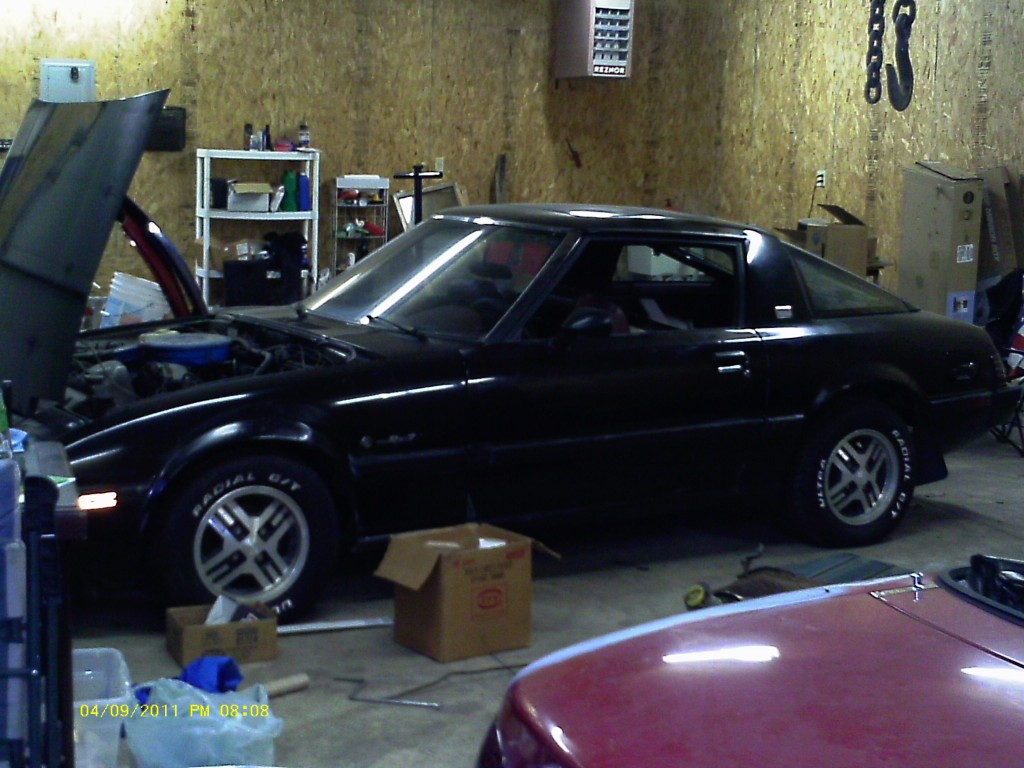 We started out our road trip to pick up a gas tank (can’t ship those!) and some other parts to restore this FB RX-7 with. Then we headed to load up our truck with an assortment C3 and C5 Corvette items. (Thank God for cargo nets.) 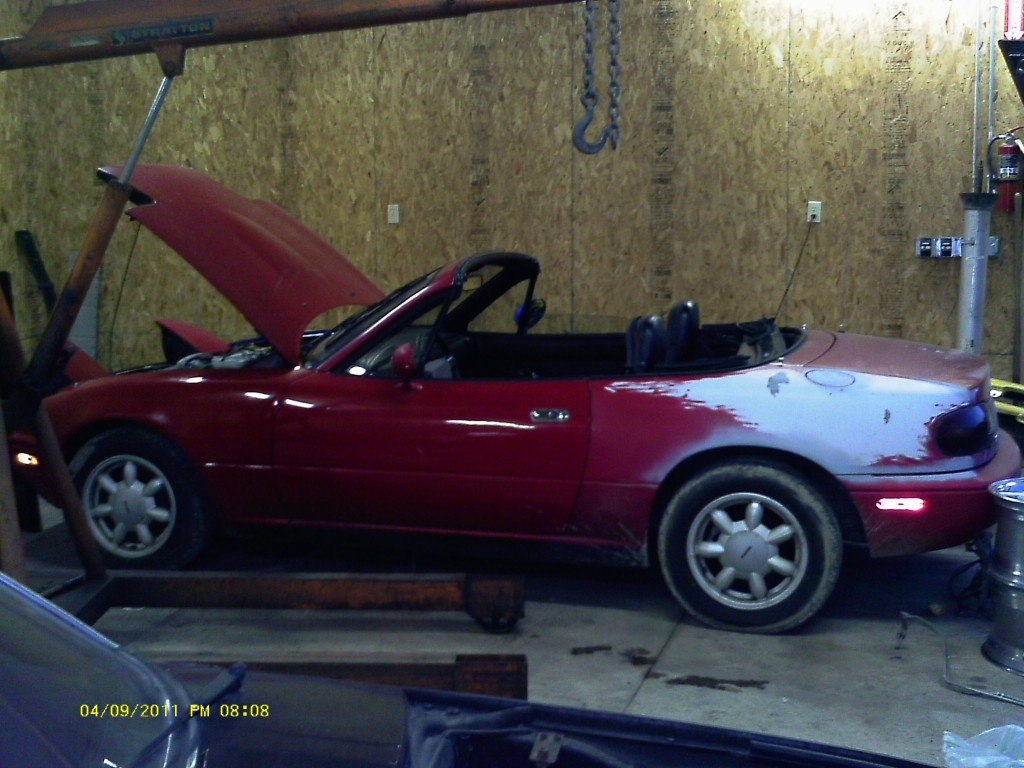 This 1990 Miata will be parted out and the parts will be featured on eBay.

After acquiring the RX-7 and Corvette parts, we picked up a 1990 Mazda Miata. It runs! It drives! I had way too much fun driving it around our shop parking lot. This one will be parted out and the parts sold on eBay.